Crown tattoos are becoming popular perhaps due to how many celebrities have them. It’s common for the rich and famous to remind people of their wealth and power by tattooing themselves with lavish king crown designs. After all, the crown tattoo is the ultimate symbol of power and royalty. 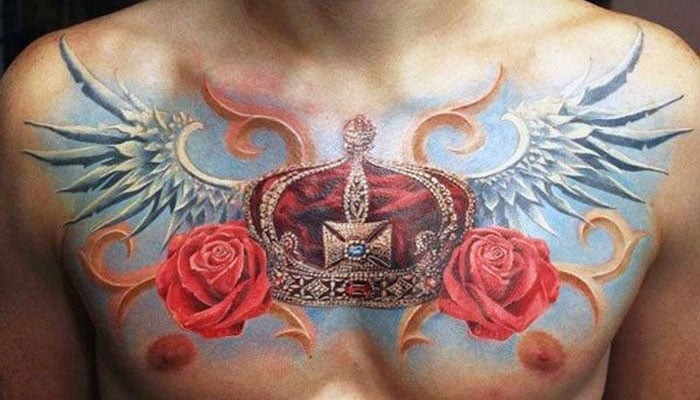 What Do Crown Tattoos Mean?

The crown isn’t always a standalone symbol in tattoos. The crown tattoo is often associated with medieval themes and religious scenes. However, there are a few meanings associated with the crown that haven’t changed since ancient times. 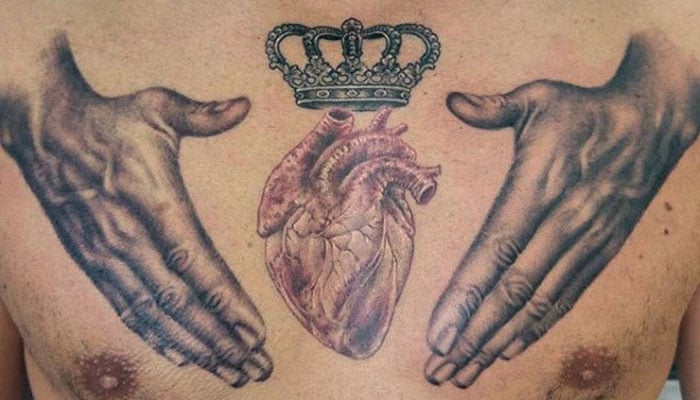 The most recognizable sign of royalty is the crown, which is why the nobility aspect is most often portrayed. Does this mean that men from royal families always have these tattoos or you have to be one to get one? Not exactly. 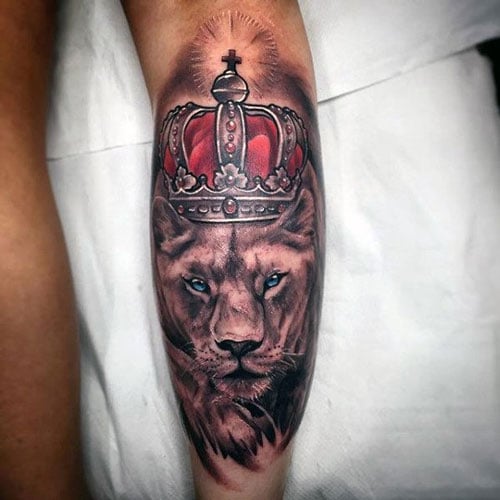 Crown tattoo designs can be a representation of your values. You can let people know with a crown wrist tattoo that you strive for excellence and also demand it from others. The crown carries the royalty symbolism across all cultures, so it is a great tattoo idea for men as it is never misunderstood. 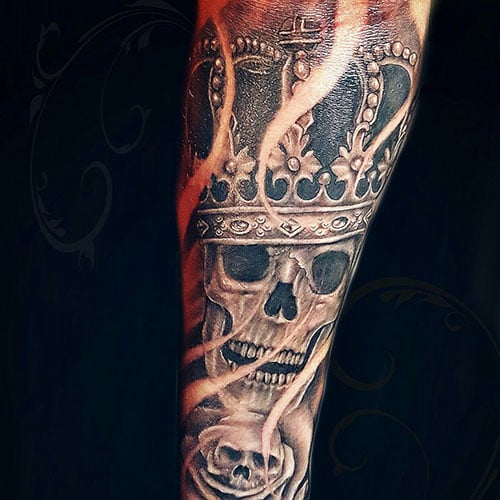 Sometimes the mark of a great leader is shown through his humility. If you want to present yourself as a leader among men and you’re looking for a symbol, the crown is a perfect fit. Few things say “leader” as the universal sign for royalty. 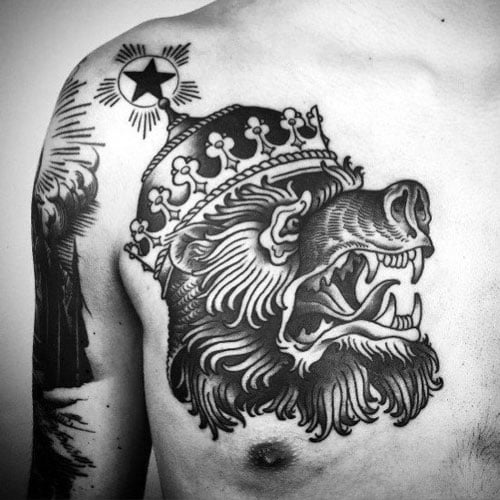 This is a rather modern concept and a new use of crown tattoos. If you can relate to the incredibly rich celebrities or power couples that own their own businesses, you might like a crown tattoo on the chest or arm. One would argue that these modern iterations of the crown are perfectly in line with the royalty symbolism of the past but let’s face it, it’s more about showing off. 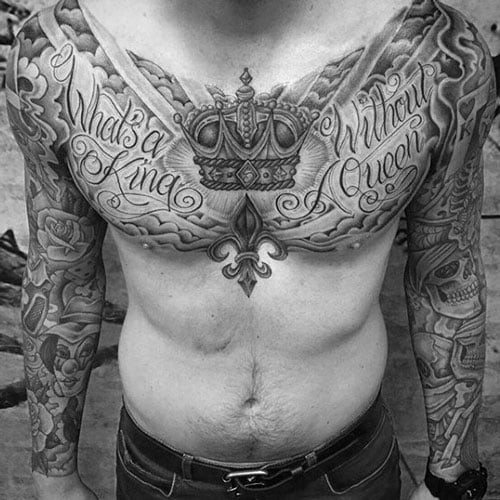 Best Placement of a Crown Tattoo

Crown tattoos on the arm are very popular for a good reason. They’re always in plain sight and you’re able to express yourself at all times through them. 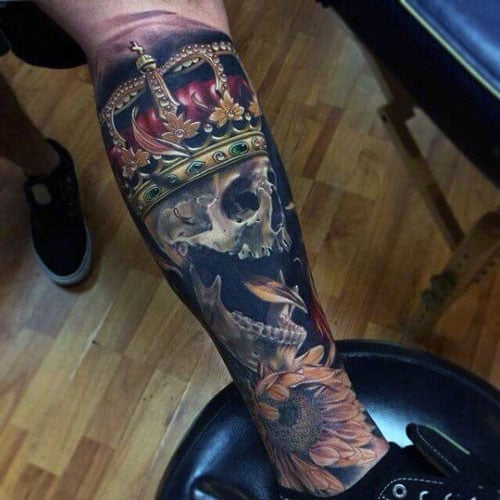 A crown tattoo on the finger or hand is a subtle way of showing your nobility. It is a good fit for people who don’t like drawing too much attention but still want to be noticed. 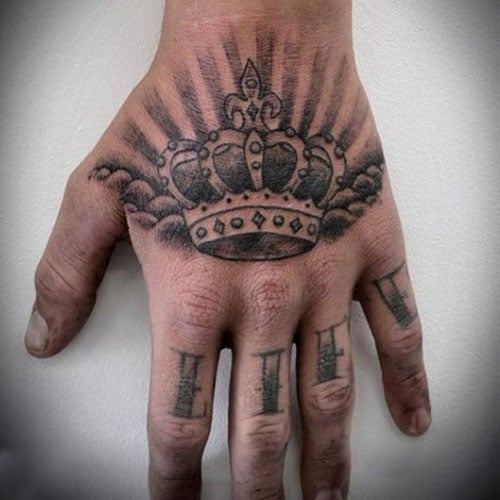 Getting a crown tattoo on your neck is a good alternative to finger tattoos. You get to have your sign of leadership in plain view, but you can also cover it up at a moment’s notice. It’s also a known fact that neck tattoos are really cool on guys. 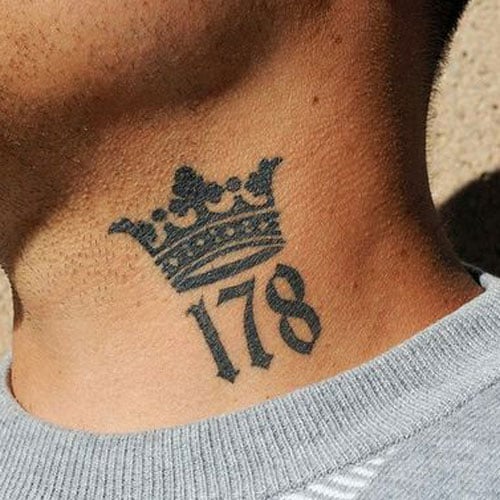 A wrist tattoo offers an interesting alternative to arms and fingers. You can still ink your nobility-inspired tattoo, but you can also disguise it as a bracelet or an arm band if you don’t want others to understand its meaning upfront. Sometimes guys get tattoos just for themselves and there’s nothing wrong with that. 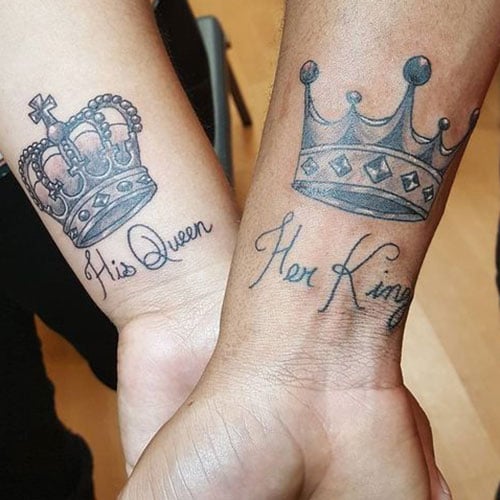 A crown tattoo on the chest really puts the concept of royalty and maybe entitlement out there. You can have a really big and detailed crown on your chest in full color. If that doesn’t say you view yourself as a king, nothing else will. 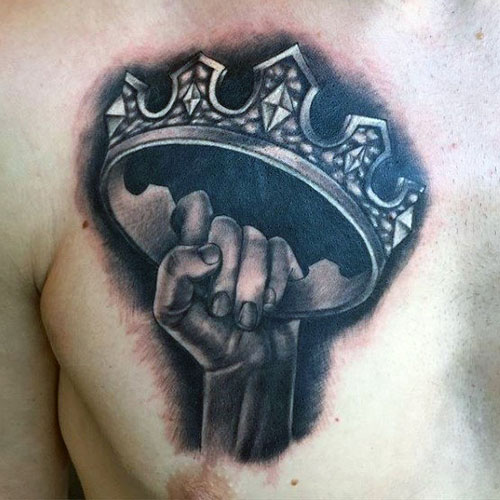 A crown tattoo on your back means that you want others to value it more than you. These are for men who are confident and know their worth but also want to remind others of it without using words. Body art is a great tool for making your thoughts known. The back placement has a real badass vibe to it. 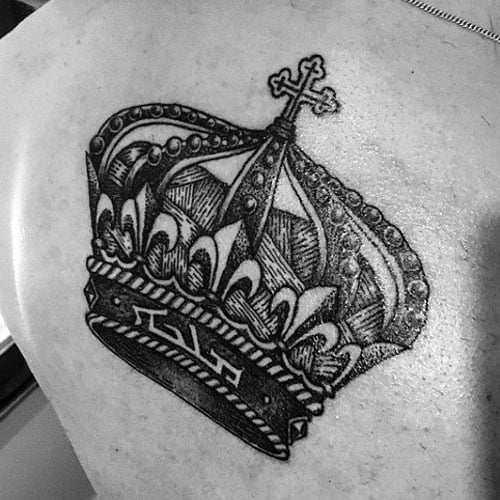 For more design ideas, check out the coolest crown tattoos for guys to find inspiration and spark your creativity. 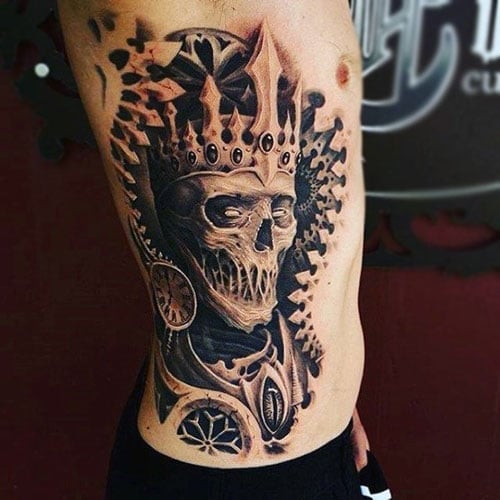 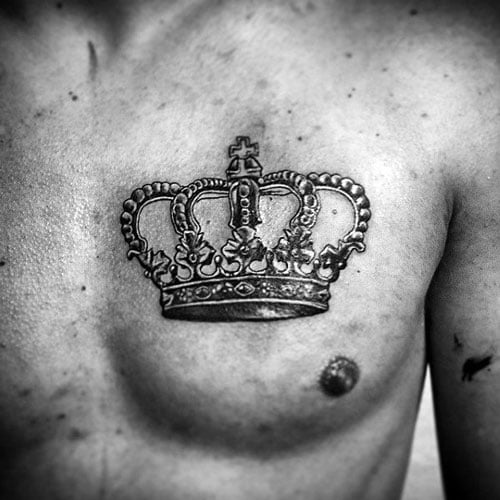 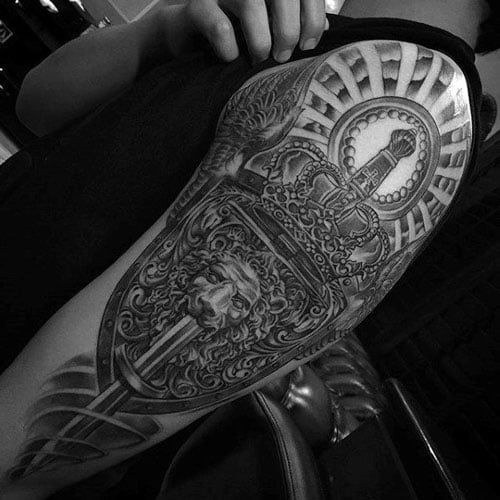 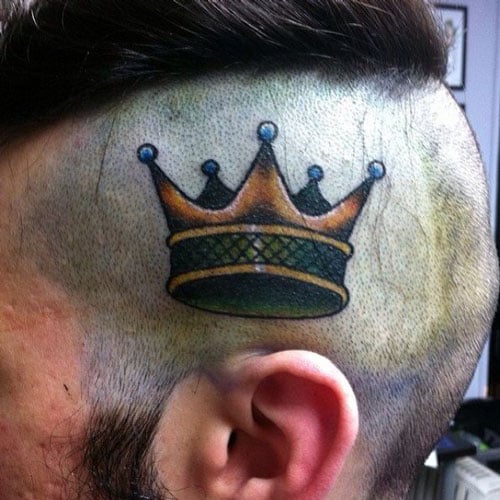 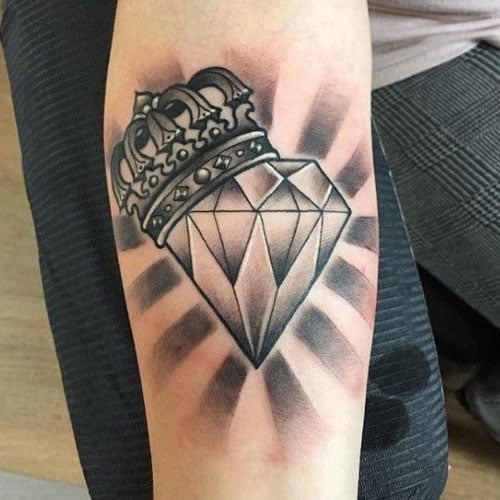 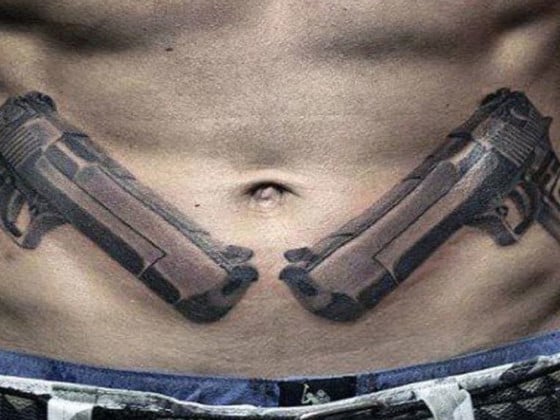 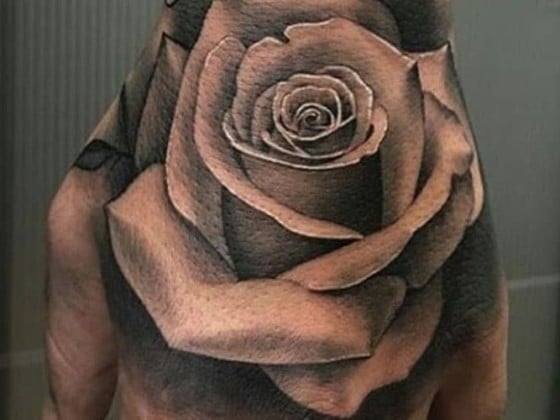 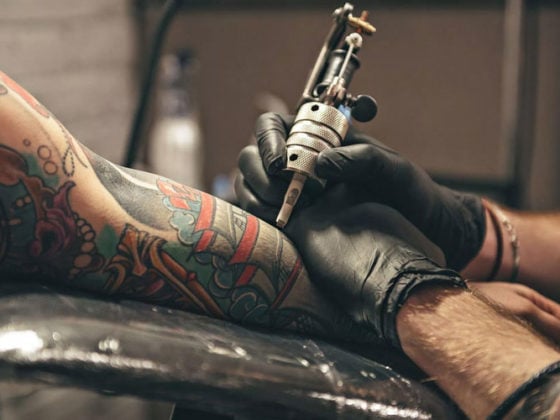 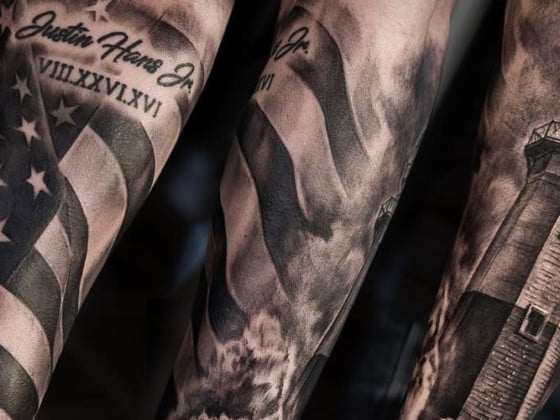 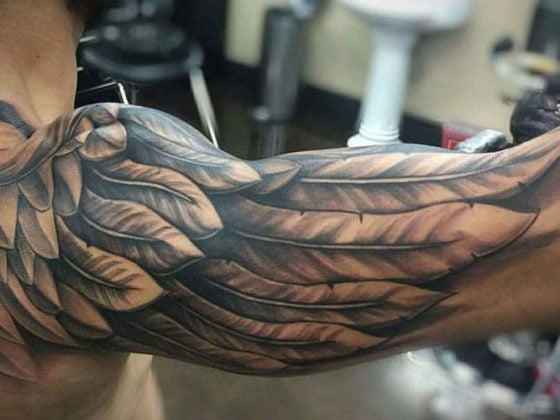 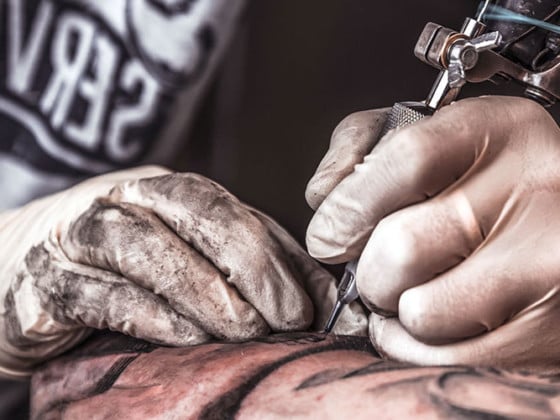 Tattoo Prices: How Much Do Tattoos Cost? 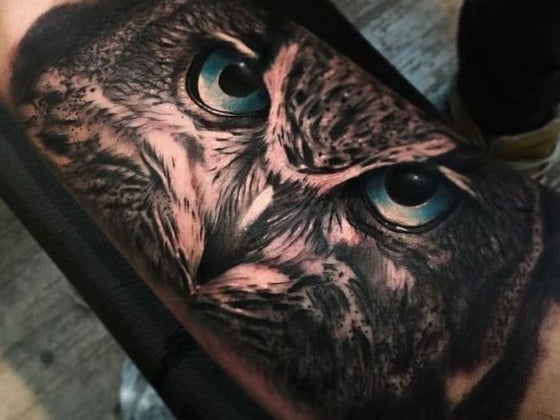